The many historical JFK assassination films – analysis, notes, and review of the historical films 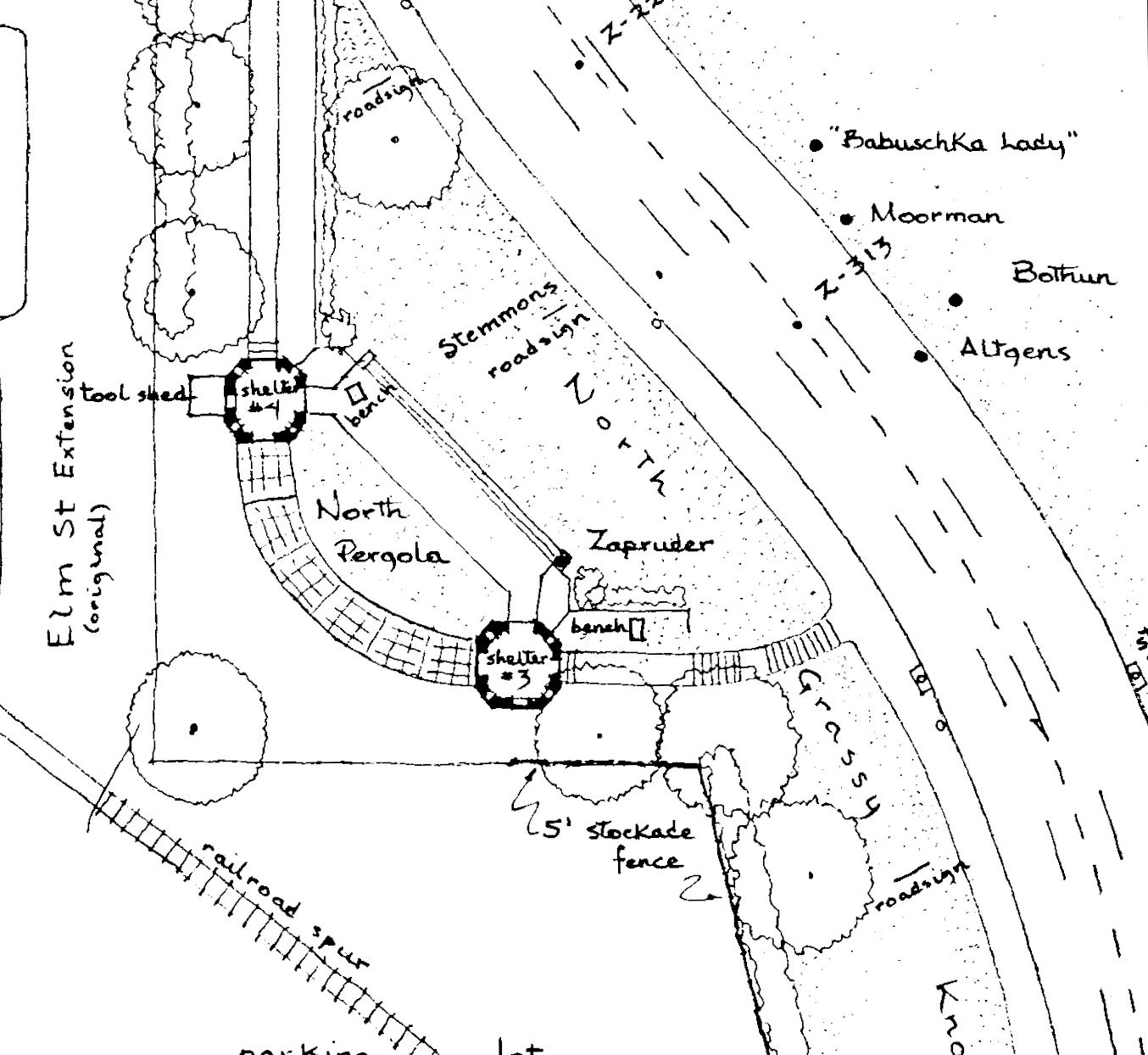 In the video below, we have assembled four different JFK assassination films. Each one is shown at its normal speed followed by a segment showing the same sequence at 1/2 speed. For the well-known Zapruder film, we have even included a frame-by-frame version of the most famous JFK assassination video.

William Couch, a WFAA-TV cameraman, was in one of the follow-up cars behind the President, filming the events as they took place. He claims to have seen about a foot of a rifle being withdrawn from the Texas School Book Depository. Towards the beginning of the video, we see a policeman, Marion Baker, running towards the entrance to the Texas School Book Depository. Barker claims to have entered the building and proceeded to the 2nd floor where he found Oswald “looking relaxed”.

The origin of the “Nix Shooter” comes from this film (what appears to be a shooter on the grassy knoll) which is probably the 2nd best footage (behind Zapruder’s) of the actual assassination. Shot by Orville Nix, it contains film of the motorcade on Houston Street and then the assassination from a view opposite that of Zapruder.
The grassy knoll viewpoint supports the theory that Cuban hitman Herminio Diaz (who had worked for Mafia boss Santo Tafficante Jr. and arrived in the United States just months before the assassination) acted as a second gunman (with 3 of the 4 shots coming from Oswald and the deadly head shot coming from the more experienced hitman, Diaz).

U.S. mail carrier Mark Bell shot this film and although he did not capture the assassination itself, he did capture events before and after. The reaction of the people can be studied in this film. It also presents another viewpoint of the grassy knoll and the Texas School Book Depository some time after the shooting took place. He shot the film from Houston Street near Main Street. It shows the motorcade travelling by on Houston and then turning left of Elm and then speeding off under the triple overpass.

Captured by Robert Hughes, it has been claimed that at the 25 second mark, the film was tampered with to hide the reaction of President John F. Kennedy the moment the first shot was fired (at that point, you can see him pull his hand back as well as notice a reaction from bystanders). Again, several other films have frames missing at this precise point also. As with most of the others, Hughes shuts off the camera after seeing the president but quickly turns it back on after hearing shots fired. Hughes shot the film from the sidewalk on the west side of Houston Street.

Captured by witness Charles Bronson. Bronson and his wife stood atop a concrete pedestal in Dealey Plaza at the southwest corner of Main and Houston streets. When an ambulance arrived in the plaza to pick up an epileptic seizure victim a few minutes before the motorcade reached the area, Bronson filmed a short sequence “to capture that little bit of excitement,” not realizing that he also captured a portion of the Texas School Book Depository building on film. As the presidential limousine drew near, Bronson filmed another brief sequence with his home movie camera before switching to take two still photographs as the car approached the turn onto Houston Street. Switching cameras again, Bronson filmed the limousine as it traveled north on Houston Street. He was holding his Leica camera, ready to take another still, when the first shot was fired and he instinctively snapped a photograph. Within seconds, as the shooting continued, Bronson raised his home movie camera. His two-second clip captured the fatal shot to President Kennedy.

Filmed by Mary Muchmore, the color 8 mm film that Muchmore photographed is one of the primary documents of the Kennedy assassination. The Muchmore film, with other 8 mm films taken by Abraham Zapruder and Orville Nix, was used by the Warren Commission to investigate the assassination and to position the presidential limousine in a forensic recreation of the event in May 1964. Muchmore set up her 8 mm Keystone movie camera near the northwest corner of Main Street and Houston Street and awaited the president’s arrival. The Muchmore film consists of seven sequences: six before the assassination, and one during the shooting. Muchmore began filming the presidential motorcade with her movie camera from her initial location near the northwest corner of Main Street and Houston Street as the motorcade turned onto Houston Street into Dealey Plaza. She then turned and walked with Wilma Bond several yards northwestward to again film the President’s limousine as it went down Elm Street. Her film then captured the fatal head shot, seen from about 138 feet (42 m) away. The film ends seconds later as Secret Service agent Clint Hill, attempting to protect President Kennedy, runs to, then, quickly climbs board the accelerating limousine.
Muchmore sold the undeveloped film to the Dallas office of United Press International on November 25, 1963, for $1,000. It was processed by Kodak in Dallas, and flown to New York City. It appeared the following day on local television station WNEW-TV. While visiting her family in Oklahoma for Thanksgiving, Muchmore told them about the film she had taken of the assassination; her family then told the FBI about the film. The FBI initially interviewed Muchmore in December 1963, during which she admitted she had a camera with her but denied that she took any pictures of the assassination scene. The FBI was unaware of the film’s existence until a frame enlargement was published in the book Four Days: The Historical Record of the Death of President Kennedy in January 1964.

13-year-old Tina Towner captured this film from the corner of Elm and Houston Street. This film shows the exact timing of when the first shot was fired but unfortunately, the film is “damaged” at this point. Towner used a Sears Tower Varizoom home movie camera to film the event.

Filmed by Patsy Paschall from the third floor of the courthouse on Houston Street. It gives us a view of the events leading up to the assassination and the chaos that followed. Patsy Paschall shot this home movie from the northwest corner of the Old Courthouse building, across Houston Street from Dealey plaza.

Filmed by James Darnell in which we can see the immediate aftermath of the assassination. Later Darnell filmed the activity behind the grassy knoll shortly after the assassination tad taken place. We can, in particular see a policeman and a man being moved along by this policeman – this man wearing a fedora. What’s interesting is this man, upon seeing James Darnell and his camera, attempts to shield his face from it. Another witness that day told of a man in a suit instructing them to leave the area.

Filmed by George Jefferies, it is a rare color film of the JFK assassination events that was not discovered until February 2007. We get an excellent view of President John F. Kennedy and Jackie as they pass by about 90 seconds before the assassination. There is film at the end of the Texas School Book Depository but it is believed to have been filmed the next day.

Dave Wiegman Jr., and NBC cameraman, was one of the cameraman filming in the follow up cars behind the presidential limousine. After the assassination, Wiegman jumped from his car and ran towards the grassy knoll, rolling the film as he ran. He then runs back and films the infamous Newman family who have taken cover fearing more shots were to be fired. Below is a picture taken by witness Richard Bothun in it we can see the exact position that Dave Wiegman filmed from.

Film captured by Ernest Charles Mentesana of the aftermath of the assassination of President John F. Kennedy. You can see policeman talking among themselves seemingly deciding what steps they need to take in the assassination aftermath.

Film captured by Elsie Dorman, probably the worst footage shot of the assassination event. It is very unstable but does give us the position of Tina Towner holding her camera on the corner of Houston and Elm street. Dorman worked on the fourth floor of the Texas School Book Depository and took this film from that location. It shows the motorcade on Houston Street but unfortunately does not capture the Presidential limousine during the assassination itself.

Film captured by Jack Martin. He is likely in a position between Tina Towner and Robert Hughes at the time he’s filming the president on Houston street. We can also, for a brief moment, see President Kennedy on Elm street after it rounds the corner onto Elm (shot through the trees).

Filmed captured by Jack W. Daniel hoped to capture a home movie of President Kennedy against the picturesque backdrop of Dealey Plaza, especially the area now known as the grassy knoll. “My original plan was to go across the street about even from where… [Abraham] Zapruder was, so I could film back towards the Dealey Plaza, being the most photogenic place,” he recalled in his 1997 oral history. However, even more important to Daniel than a natural green background was the opportunity for his three young sons to have a clear view of President Kennedy—and vice versa. At the last minute, he instead selected a less crowded area on the west side of the triple underpass. He recalled, “I thought it would be a little more personal thing—the boys waving at the president, and the president waving back.” Armed with his pistol-grip Argus home movie camera, he purposely stood several feet behind his children so that they could be captured on film waving at the president. “I told my boys, ‘Now when the motorcade turns off of Main Street, start waving because he’ll be here in seconds.’” Seconds later, Daniel and his sons heard shots being fired, but two of his sons continued to wave as the motorcade emerged from the triple underpass. As the limousine sped past their position in a blur, Daniel captured the confusing scene on film.